My boyfriend loves Teenage Mutant Ninja Turtles very much. He especially loves the two evil henchmen characters Bebop and Rocksteady. I can't really blame him. They're humans mutated with a pig and a rhino after all...

We were joking about how the internet just loves turning everything

I accidentally made this sweet little piece for him. 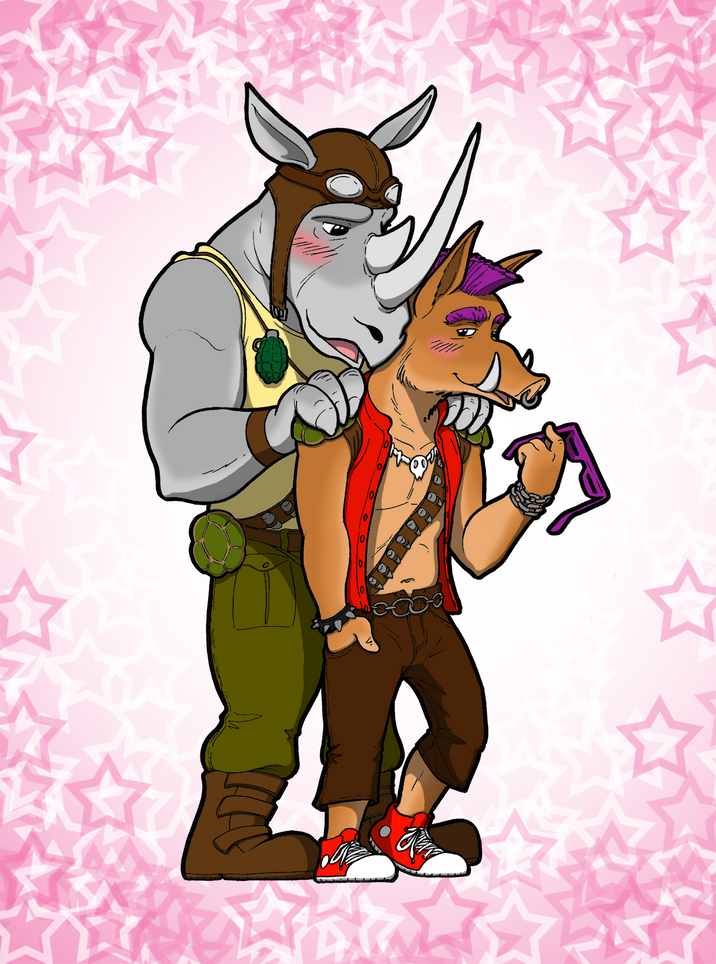