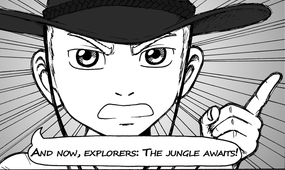 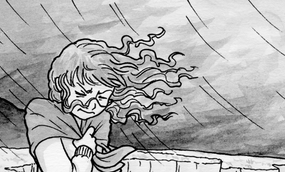 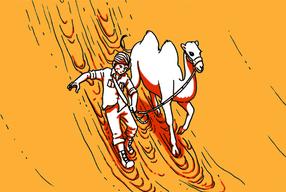 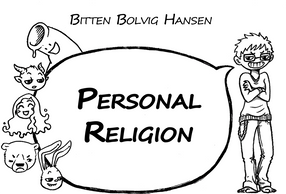 Title: Pedal to the metal

I drew this comic back in 2011 and it was published in 2012 in the Danish anthology series Fantasmagori. The anthology is available for free here. I've translated the comic to English for this homepage, but sound words that are part of the images have been left unaltered.

This short story was drawn in 2013 for the Danish anthology Tuschmørke but never got published. Now you can read it here instead!

Title: Between sun and sand

I made this comic in the fall 2014 for the Copenhagen Zine Fest (Ungdomshuset, 11 October 2014). I printed it myself so I only made 15 copies, but that didn't matter as it was only my friends that bought them anyway. Ha ha!

It's a somewhat simple comic but I'm still rather proud that I made it in just two weeks. And it was fun! So I hope to be able to make something for the next Zine Fest.

This is my first - and only - attempt at making a strip comic. I made it in 2015 to sell as cheap prints at my table at Copenhagen Comics. It was a fun exercise!

In the English translation I have changed some of the content slightly but the jokes (or lack thereof) remain the same.