Apparently, some people thought the two additional plotlines, I described back when I opened a box full of manga [Read the comic!], were real. They were all, like, what are these mangas? Are they any good? And I was all, like, dude! I made them up!

But I guess that was in fact the basis for my game. I've read so much manga and watched so much anime over the past 15 years, that I've seen most of the stereotypes available, followed a f**k-load of typical plot twists and even been subjected to all the most common creatures in Japanese folklore.

So - yes - I should be able to fake a manga story!

Draw it? Not so much. 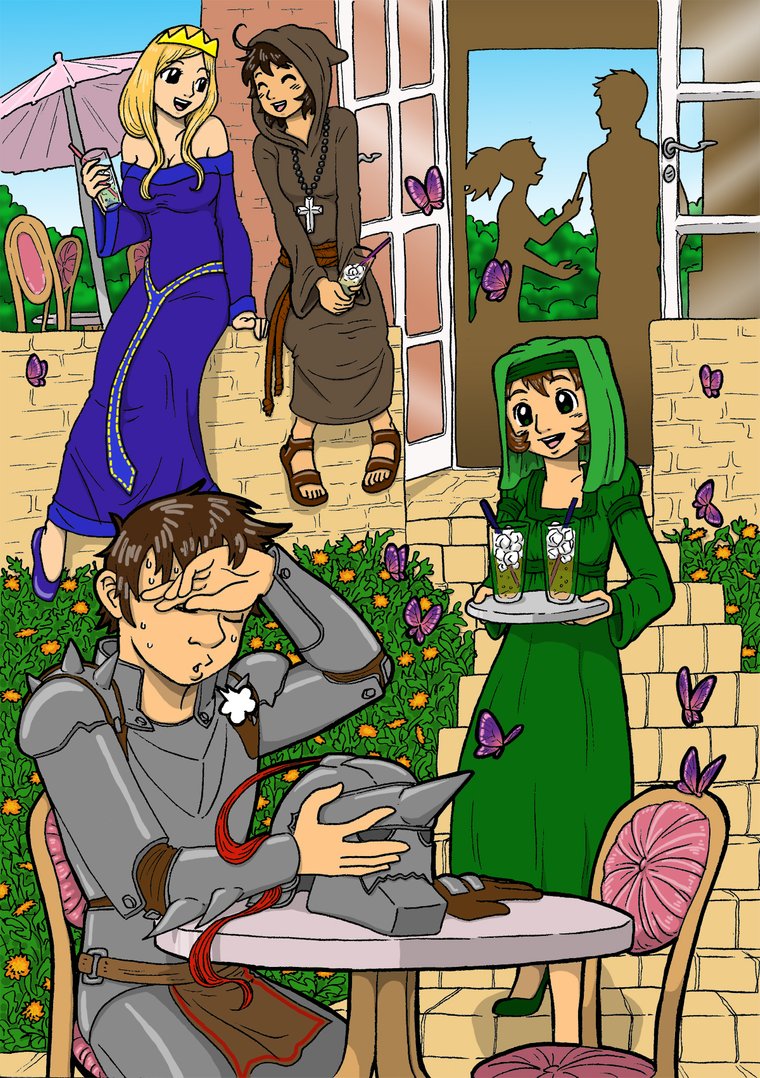 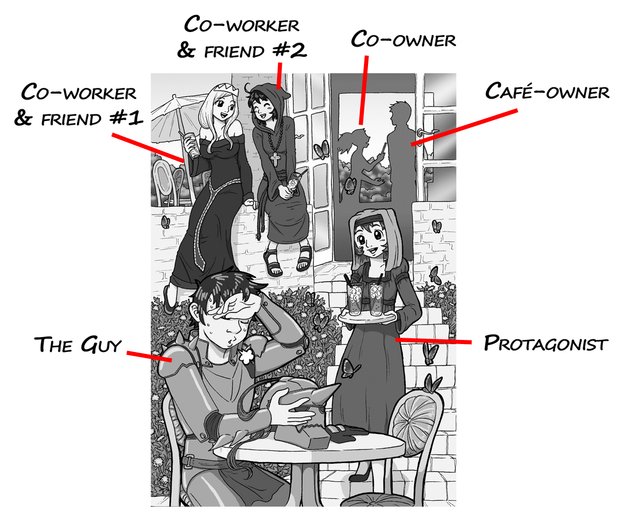 The plain-looking girl who lives alone and needs to work two part-time jobs to make ends meet. She has to struggle to keep up in school, but is of course the sweetest little thing with a heart of gold who wants to help everybody. People discover their own inner goodness in her presence!

The compulsory beauty with the big boobs. She is used to being trailed by boys and envied/hated by girls, so she puts on a cold and arrogant facade. But all she really wants is a true friend. She started working alongside school just to make time pass. No need for studying much - she's smart!

The shy and cute girl who rarely speaks up or laughs heartily. She is terrified of talking to strangers and only took the job at the café to make money to visit her only childhood friend who just moved to the other end of the country. In the café she is respected for her excellent 'housewife-skills' and finds some confidence in herself.

Good-looking and nice boy who is very popular in school - both among boys and girls. He only started working in the café because he owed his cousin - who owns the café - a favour. He comes from a rich family who expects him to become part of the family business, but he is at a complete loss concerning his own dreams.

Young man who has defied his family's goals for him and is now struggling on his own to make a living - and is enjoying himself all the way! He is the only one from the family who is genuinely interested in the life of 'the Guy' and he tries to help him stand up for himself. The café was not his initial idea for a life goal, but he stands behind it one hundred percent now!

Young woman who designs and makes the costumes used by the waitresses in the café. She is outgoing and loud and a bit of a drunk. Notoriously single. She is slightly obsessed with dressing the girls up and her sexual preferences are not really clear. She has known the café-owner since high school and they are best of buddies - their favourite game is to make people think they are lovers (preferably with pervy undertones).

And then, when we have used some twenty chapters to establish the environment and characters, someone disturbs an old shinto shrine in the garden behind the café, awaking a vengeful cat-god and all hell breaks loose!

Maybe I should make this manga.

But then I'm giving the characters European names, damn it!